This is an official product and not sold in stores. We are committed to quality products, production and delivery in 7 working days.

When I was about 24 I met a former boyfriend over yahoo personals/instant messenger. I was finishing college, we started dating seriously and I decided to move to his city 45 min away. My mother didn’t approve of him because he was 33 or so and lived with his parents, “starving artist” type. I moved in with him and his family until I found a job in his city. We were together for about 2 years until I lost my job, received unemployment and moved to CA. We are still the best of friends and talk on the phone, but in the end I knew we were not meant to be (for other reasons than his career, but that was a part of it too). While I lived at his house, my mother refused to speak over the phone with me while I was there, so we would only talk when I was out somewhere else. At times I’m ashamed to say I would even lie about where I was just so she would talk to me, and the whole situation was very sad and depressing. It hurt my relationship with her, however it didn’t make me break up. After about a year I brought him home to meet her. She had approved because we were driving to her city 5 hours away and I wanted us to stay with her. She reluctantly agreed to have him stay over too, and said we had to sleep in different rooms. We complied. He was very polite (he was a total sweetheart really), yet she was very rude to him from the start, with a stern face, asking rude questions of him, and not acting herself. I was so upset, and it was hurtful to him. She did accept the gift he made for her though. She tried to impose herself by withholding love and acceptance from me, but it only hurt our relationship. It took quite a long time for me to recover from that, and I never forgot the manipulative tactics. Additionally, I have had the tendency to choose romantic partners who mimick this type of manipulation. I’m now learning to recognize the pattern. Not usually, because of the first point mentioned above. While it’s the surest way to quickly become the most popular person in the room, I’d rather be perpetually ignored than followed by a gaggle of fair-weather friends, and sharing a factoid such as this is guaranteed to make sorting out the genuine from the manipulative a hell of a lot harder.I can’t help but begin my answer by saying there are so many issues facing children today that simply didn’t exist even ten years ago. With so much to fret over, including many fret-worthy issues related to technology, it’s almost confusing to see a question where a parent is concerned about a child’s love for reading. I’m not necessarily going to address your fear that her critical thinking will be affected. I don’t know if you’ve read much fiction yourself, but there tends to be a conflict, and often a resolution. There are plenty of life lessons throughout a novel, even without a happy ending. There is an abundance of problem-solving. You aren’t going to find complex emotional scenarios in a book about photosynthesis. I’m not putting down non-fiction, but…I’m just going to jump into my list of points I’d like to make. Be happy she is reading. Never deny her time to read, nor reading material. I had a TV in my room when I was 8, and it lasted me through college because I never turned it on. However, when my parents wanted to enforce punishment, they had to take my books away; they never succeeded, because I had them hidden all over the house. Fiction taught me how to be a person. That sentence might sound glib, but I believe it. Fiction taught me how to communicate more quickly, efficiently, and creatively than relying on peer interaction ever did. Fiction gave me the tools to problem-solve, to dream, and to have a genuinely more deliberate internal monologue. It affected not only my dealings with others, but with myself. I didn’t curse – at all – until after college, because I prided myself on using my words to describe my feelings. In fifth grade, a friend spread a rumor about me, and I wrote her a letter to tell her how I felt. There is a dark underbelly to being a voracious reader. I didn’t have many friends, because reading ‘The Good Earth’ in first grade doesn’t endear you to your classmates. My words-per-minute and accompanying comprehension was tested in both third and fifth grade, with my fifth-grade teacher calling me inhuman. That letter I mentioned in the above paragraph was given to the school guidance counselor, and I was locked in her office for three hours because I wouldn’t apologize for writing it. My parents were called and told I had anger issues because I described my feelings instead of just bursting into tears ‘like a normal kid.’ Being a reader made me a writer, however, and I had words to describe my pain. When I sat alone at lunch, I read. When I got home, I wrote. Your child might be alienated for her hobby, especially these days. But I suspect, if she loves to read as much as you say she does, that she might not really care. Growing up with a narcissistic parent really stunted my psychological growth. My mother has NPD but will likely never be diagnosed since she is “perfect,” “not crazy,” and will never go see a therapist. My parents got divorced when I was 4 and my narcissistic mother won custody over my older sister and I. My father only had us every other weekend and we always had to be home Sunday by 6pm sharp. No later or all hell breaks loose. Our mother would always talk bad about our father and fill us up with lies so that we would only worship her. That’s why she had kids: to worship the ground she walks on, to do every thing for her, and have someone take care of her when she gets old. She even bought a small bell and rang it every time she needed something (like passing her the tv control~stupid shit like that) Growing up I felt like her servant, yet thought that we were in a normal parent-child relationship. I didn’t realize my mom was being unreasonable in every aspect until I spoke to friends about my home life in middle school. Every time she asked us to fetch her something and came back empty-handed she’d call us useless, worthless, or anything to bring us down. And if she also couldn’t find what she had asked for she would never apologize. Honestly, I think I’ve only heard my mom apologize once in my life. In public she controlled us by pinching and twisting our skin with her long ass nails. At home she would hit us with anything near her. Whether it was a pair of pants, belts, sandals, heels (yes, heels. She hit my sister in the head at age 2 with her fucking heel—in front of her family which is how we know it’s true), or just some of her own punches. 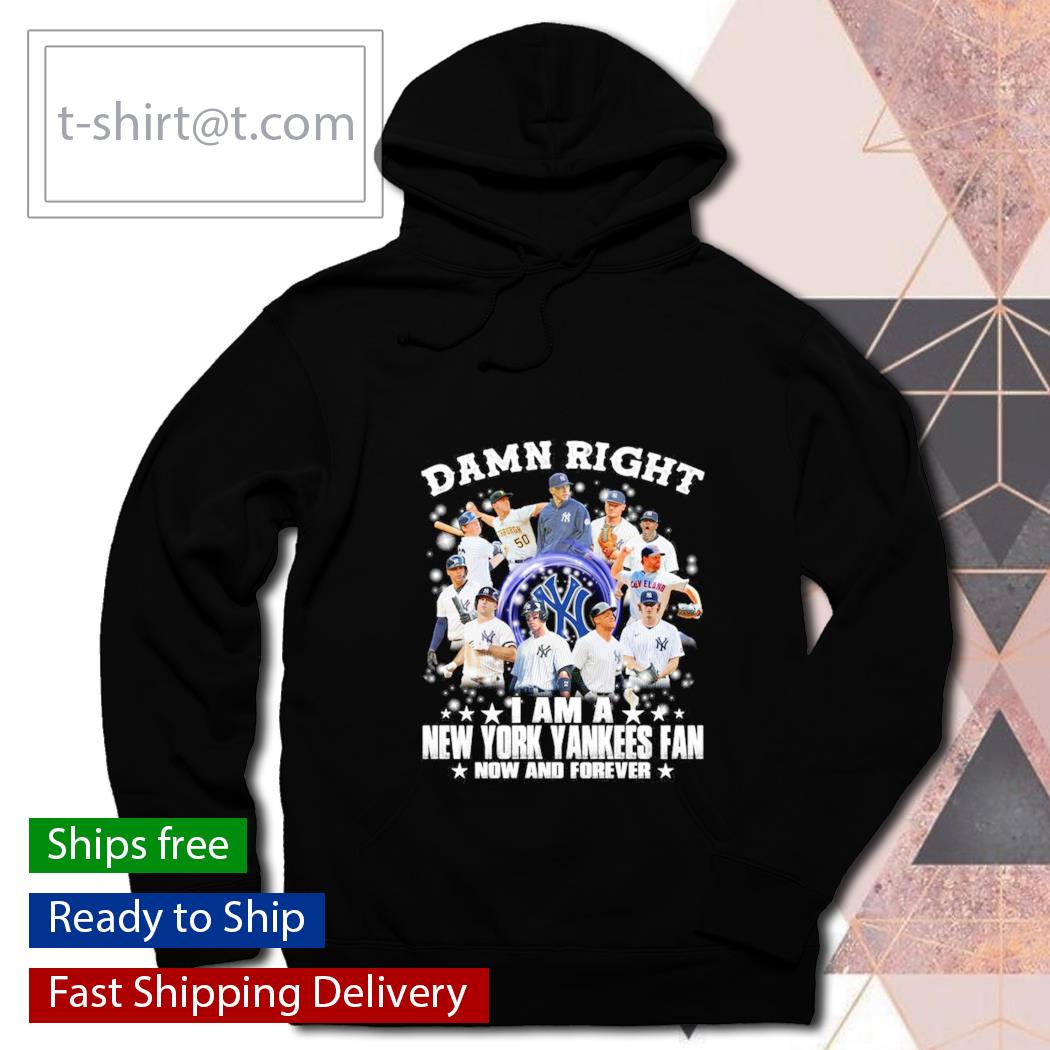 Once she almost hit me over the head with a ceramic plate. She only stopped cause I called her out on it and brought her back to her senses cause even my ~8 year old self knew that was extreme. I know parents are supposed to “spank” your butt or what not when their kids misbehave but she would hit us for no real reason. One occasion I remember clearly: my sis wanted to weigh these two picture frames that were placed above my mother’s bed so when we placed the frames back my sis left one crooked. I was laying on the floor watching tv when my mother got home and saw what horrible thing we had done. She came at me with a pair of pants telling me my sister ratted me out that I had left the frame crooked (yes, my sis threw me under the bus, but what could you expect from a scared 7 year old. Once she was done using the pants she started punching my arm so that I could snitch on my sister too, and of course I did, to stop her punches. To this day I still can’t believe how absurd she was about the frames. Weight was another issue as I grew up because it has always been important to my mom. Fat=Ugly in my mom’s world. She made us believe we were fat when we def were not. She liked to call me ‘tres barrigas’ which means ‘three bellies’ and just engraved in my brain that I was fat and made me feel horrible about it. Never thought someone could like me for the way I looked if not even my mom liked the way I looked. It really damaged my self-esteem, which I continue to struggle with to this day. I still have no confidence in myself since my social skills are shit. I was never allowed to question her since she made me feel dumb for asking them, which played a huge role in my experience in school and college. I never understood why I disliked raising my hand and felt like asking a question was the end of the world. Why was it so uncomfortable to be put on the spot? My damn mother always snapped at us when we asked questions. It would always turn into a fight and made me scared to ask questions in any situation. Made me believe people were gonna laugh at my question and think I’m stupid. I’m still struggling with asking questions but at least I’m aware and am working on it.

Home: Click here to visit T-SHIRT AT Themes
This product belong to trung-phuc